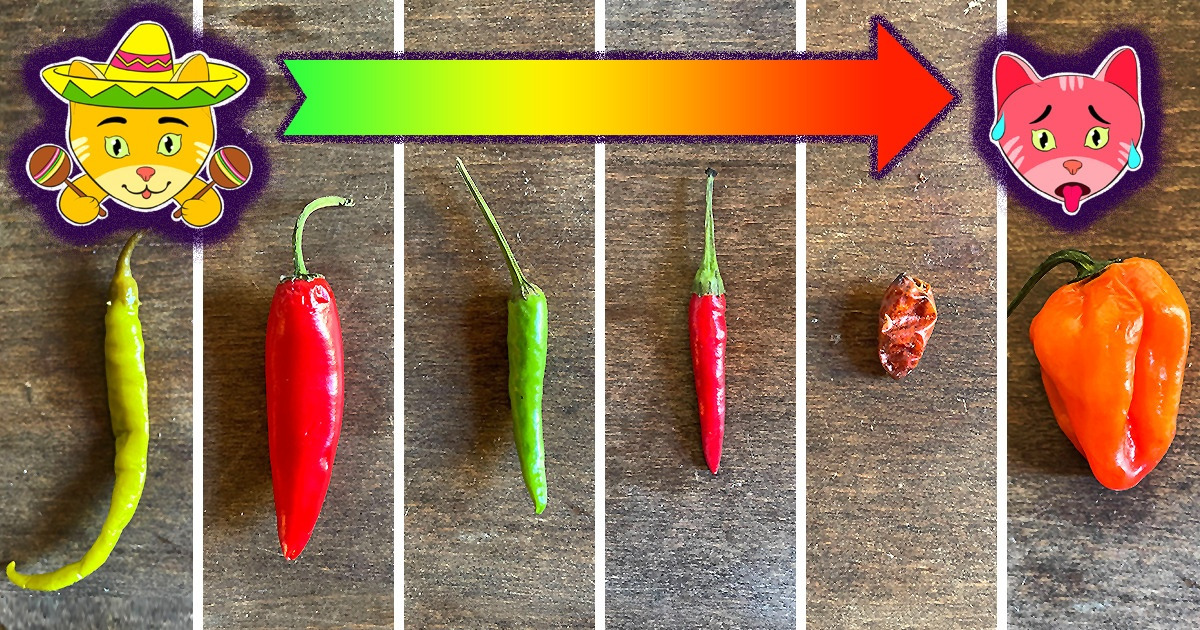 Chili peppers are an essential part of cuisines like Mexican, Indian, or Thai, among others. These spicy vegetables can benefit your health, as they are full of antioxidants, and can help you with weight loss. But it is necessary to get acquainted with them and cook them properly so you can get the best of them.
5-Minute Crafts will share a few tips with you on how to use hot peppers in your cuisine and give that authentic taste to your dishes.

You can use chilis in 2 ways, fresh and dry. When selecting fresh ones, be sure to pick chilis with smooth skin and a deep, rich color. Fresh peppers should be firm and shiny. Avoid peppers that have cracks, bruises, or soft spots.
If you select peppers by size, you should keep in mind that the smaller peppers are usually hotter than the bigger ones.

If you are looking for dried chili peppers, then there are 3 things that you need to remember: the peppers should feel flexible (not brittle), they need to be shiny, and they should have a slightly dried-fruit smell when you open the packaging. Don’t buy the dry chili with light patches on its skin, because that means that an insect or a fruit moth has probably gotten to it.

2. Choosing the pepper by its heat.

Hot peppers naturally contain capsaicin, a chemical compound that activates pain receptors on the tongue, which makes your brain think you’re being burned. There is a way we measure a chili pepper’s pungency and heat and it is called the Scoville Scale. The scale ranges from 0 (as in bell peppers) to over 3,000,000 Scoville Heat Units (SHU).
Let’s take a look at some of the most common chili peppers and how spicy they are:

Hot peppers differ in taste too, not just in spiciness.
So, for example:

Note: The longer you cook the chili peppers, the more the spicy flavor will intensify.

Many traditional cuisines around the world have found various ways to use chilies. You can also experiment in your kitchen and combine the hot peppers with other ingredients, like in:

Bonus: What to do if you’re not used to eating hot peppers.

If you are not used to eating hot peppers, be sure to take it slowly and gradually adapt to this flavor. Chili peppers can’t do any physical damage to your body, but they can cause inflammation and gastric problems. If you have any intestinal burning, you can eat rice, beans, or bread to soothe the pain. Milk and yogurt will decrease the burning sensation on your tongue, but don’t drink water, as it will only intensify the heat.