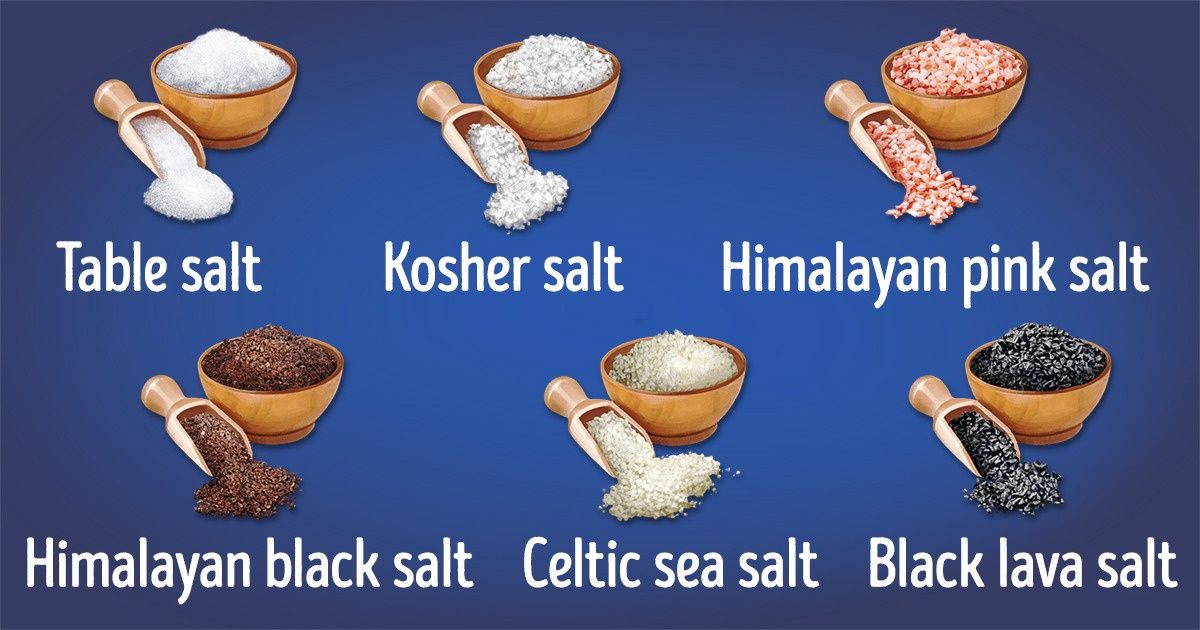 How to Use Salt in the Kitchen

While there are many types of salt, it’s important to remember that at the end of the day, edible salt, no matter how it’s marketed, is pretty much sodium chloride. In fact, all salt originates from the oceans and seas, even if it isn’t harvested directly from the water, so what matters the most is how it’s produced and not its origin. Different production methods mean resulting salts are distinct in size and structure, which, in turn, affects their purpose and sometimes their flavor too.

5-Minute Crafts made a salt cheat sheet for you to know how to use this key ingredient that’s actually a flavor potentiator like a pro.

In this section, we’ll cover “workhorse” salts that incidentally happen to be sea salts too. Much of what’s generically labeled as “sea salt” is industrially processed from evaporated seawater. All of these are chemically the same but their geometry does change, and that ultimately affects the purpose for which they’re used. However, note that sea salt can also be used as a finishing salt (see section B).

Chefs typically use kosher salt instead of table salt because it’s much easier to pick up between your fingers. This might seem like a weak argument, but having more control over your seasoning is essential when cooking. For one, kosher salt’s coarser grains are easy to feel and sprinkle, so you won’t be dropping them that easily. Secondly, it’s easier to distribute seasoning evenly with it. Finally, kosher salt also has no additives, so it has a more pure salt taste.

Also known as table salt, these small granules of fine sea salt can be distributed evenly over dry ingredients, such as flour. In general, table salt will also dissolve a little faster in liquids than kosher salt due to the smaller size of its crystals. These properties make it a good baking salt.

Finishing salts are often specialty salts that are treated as an ingredient in their own right, like meat or expensive spices, such as saffron. They’re typically used to finish your dishes with more nuanced flavors before serving. They can be sea salt with a specific shape, or rock salt too, the latter coming mostly from ancient caves that were once part of or connected to the ocean.

Depending on exactly how they’re formed and the trace minerals they contain, their shape and color can differ. And while the differences in color are mostly cosmetic, just like with workhorse salts (see section A), the shape can have an effect on their quality. Below are some of the most popular finishing salts.

When viewed as an ingredient in its own right, salt can be treated like any spice. You can use it to complement other flavors, create contrasts, and also to bring about new textures in your food.

There are no rules for how to use salt. That being said, fancier salts are better used exclusively for finishing dishes (like for scattering on the tops of glazed loaves of bread before baking or sprinkling over sliced perfectly cooked steak just before serving). This is especially true given its cost. Typically, it isn’t meant to be used while cooking or for salting your pasta water, for instance.