How to Get the Perfect Colors for Your Eggs: 3 Ways

How to Make Ketchup 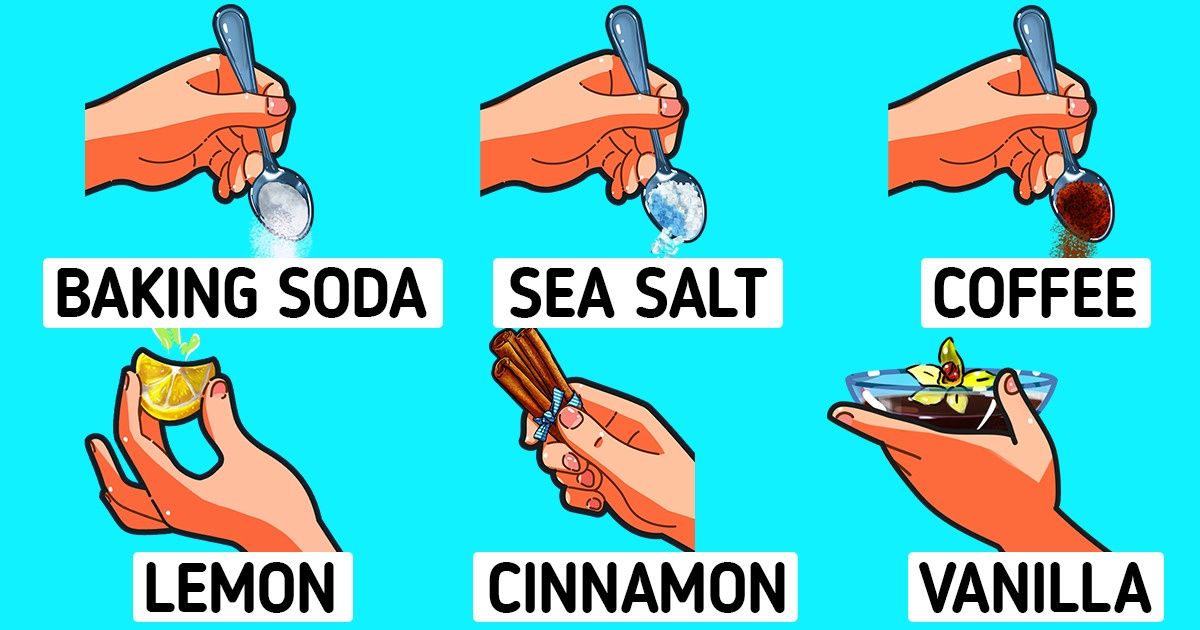 7 Tricks to Get Rid of Musty Odors in Your House

The smell of humidity at home can be caused by different things, but leaks and mold tend to be the most common. Most of the time, these are found in the less crowded corners of your house, such as your garage or a cabinet in the kitchen that you never open. The first step to getting rid of that annoying smell is to open the windows and allow the room to ventilate properly. But you can also get rid of the smell with a few simple tricks that are also quite inexpensive.

5-Minute Crafts is showing you 7 tricks to treat that unpleasant smell with ingredients you can find right in your kitchen.

The strong odor of coffee, which is produced by a substance called furylmethanethiol, is very useful when it comes to fighting musty odors. It’s a natural, cheap, and quick way to get rid of these smells.

1. Pour ground coffee into a bowl.

2. Take it to the area where the odor is found and let it sit there for a while. The coffee will absorb the odor.

Sea salt is also an effective ingredient to fight back a musty smell. This is because its properties can also be used like coffee without actively having to rub it on things or clean anything with it.

1. Pour enough sea salt into a dish to cover it.

2. Place it where you think your home needs it most. You don’t need to do anything else, the sea salt will absorb the odor.

Vanilla extract has an intense odor that’s easy to spread around the house. This will help cover but not eliminate the smell of humidity.

1. Pour some vanilla extract into a container.

2. Take it to the area that has a musty odor and let it sit there. The aroma of vanilla will quickly spread around the room.

Lemon juice is a good ally when trying to remove odors, including ones caused by humidity. Because of the fruit’s properties, lemons, as well as limes, can be an effective tool for getting rid of certain bacteria that can cause a musty smell at home.

2. Once it starts to give off a lemon scent, go to the room that has the musty smell and wait for it to cool down in there.

3. When it cools down, you can also pour some of the liquid into a spray bottle and spray it on all the places that you smell the bad odor as an extra step to make sure the stench is really gone.

Baking soda is very useful for eliminating odors, especially in closed spaces. Some brands even sell special baking soda packages to prevent bad smells from appearing in the first place. These can be used in different parts of the house, such as the fridge or closets.

1. Pour some baking soda into a dish or container.

2. Place it in the enclosed space and let it act for 24 hours to absorb the moisture.

Cinnamon is an aromatic spice that has a pleasant and peculiar aroma, and that can help you cover the musty smell in your home but not really eliminate the smell itself. This is a good option to keep in mind, even if a specific room doesn’t smell too bad.

2. Place them in strategic locations, such as your closet, so that your clothes get infused with the smell of the spice.

Note: If you want to use cinnamon sticks, just tie them with a ribbon and place them where needed.

7. Getting rid of mildew, the source of bad smells

Mold is often the source of musty odors, but you can use a few simple tricks to get rid of it once and for all. This is important and should be done every now and then to prevent it from becoming a major problem. Keep in mind that mold could potentially be a threat to your health and that of your family, so having a well-ventilated home is essential. Now we’d like to share with you a few tricks that can be very useful, especially to clean the bathroom.

1. Make a mixture with one cup of bleach diluted in about 4 liters of water. You can use a stiff bristle brush to apply this mix to the areas where you see mold. Do not mix this liquid with other cleaning products, as you might get a dangerous compound.

2. If you notice mold and mildew in parts of the bathroom using any special sealant, it’s better to replace it and make sure to clean the new one on a regular basis to avoid having to replace it often.

3. Clean moldy areas with products that remove mold, such as hydrogen peroxide, vinegar, or bleach. However, always make sure not to mix them. Separately, they will work well, but some of them can cause toxic compounds when mixed. Also, make sure to apply the products only to surfaces that will not be damaged.

4. Use a dehumidifier if you live in areas with humidity above 65%.