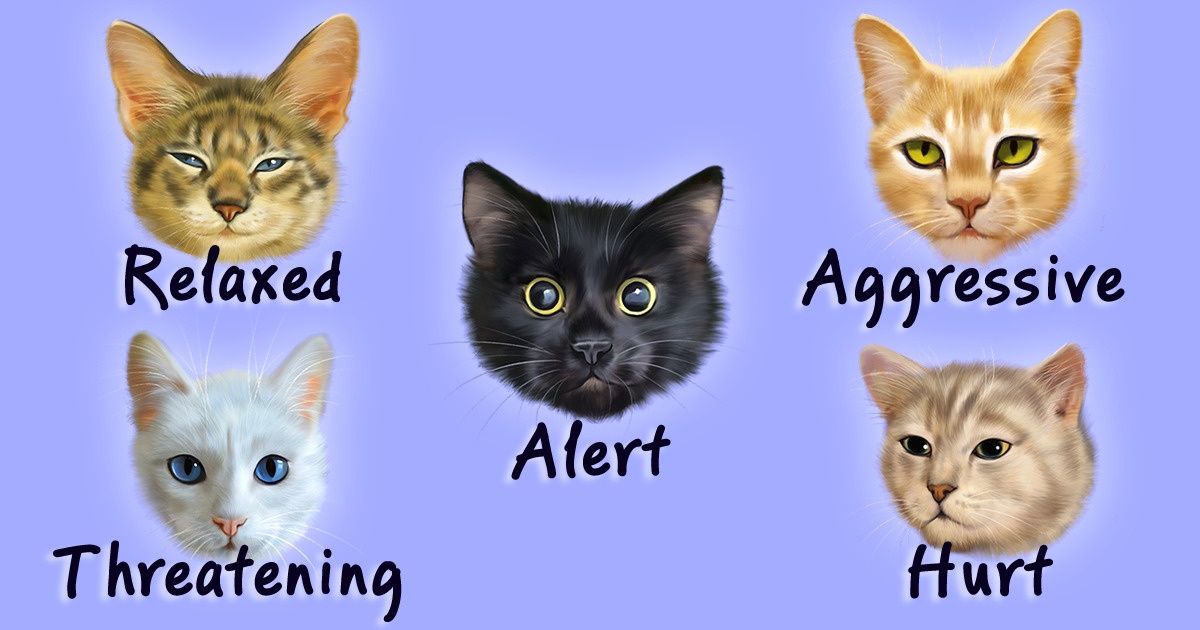 How to Read Your Cat’s Eyes

It’s important to know how to identify whether your pet is being aggressive, trusting, and relaxed, as well as other emotions. Since cats communicate a lot with their eyes, we at 5-Minute Crafts have prepared a quick guide to help you read theirs better.

1. Their eyelids are droopy.

Your cat’s telling you not only that it trusts you, but that it’s relaxed as well. It’s also their way of sending you a kiss. Blink at them and check to see if they blink back, this is one of the deepest ways they can show you affection.

2. Their pupils are dilated, and their eyes may be squinted.

This can be a sign your cat is feeling pain in its body. Also, if their pain is coming from their eyes, they may be squinting. Try to pay attention to their pupils too, as these can be both dilated or constricted when they’re experiencing pain.

3. They’re looking directly at something, or someone.

Direct stares from cats are not only threatening, but also confrontational. Notice how their pupils might be in slits, or even dilated. Furthermore, if their eyes are squinted, that can mean they’re protecting themselves from a potential injury.

Note: If they’re feeling aggressive, but defensive, their pupils will be dilated and their eyebrows wrinkly.

4. Their eyes are wide open.

Usually they’ll be like this when they are alert. However, if they headbutt you, or another pet from the household with their eyes wide open, it might mean they trust you (and the other pet), a lot. This is because even though they might get hurt by doing so, they still do it.

5. They’re not blinking at all.

Non-blinking cats may be exerting control, dominance, or aggression over others. It can be hard to recognize as an owner, as this is a very subtle behavior. Still, by doing this cats can keep other pets from getting near their territory, or other things they “own.”