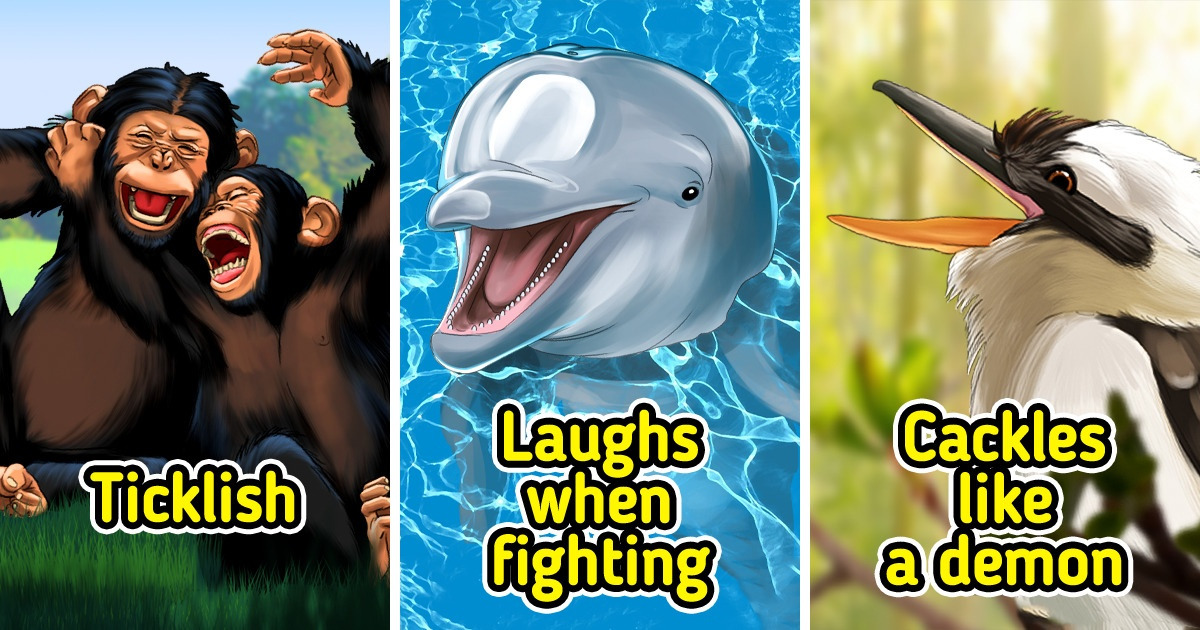 The Animals That Can Laugh

Laughter is a social emotion that not all living creatures can feel. But not only people can chuckle — some animals like playing, joking, and even laughing.

5-Minute Crafts is going to tell you which animals can laugh.

People aren’t the only ones who start laughing when they are tickled. Apes, such as orangutans, chimps, bonobos, and gorillas, like giggling when someone tickles their armpits and feet.
The acoustic similarity to human laughter makes scientists think that the laughter of apes has the same evolutionary origin.

Like apes, rats laugh when they are tickled. The scientists that decided to try and tickle rats heard a loud screech. And then they noticed that they make the same sounds when they play with other rats.
Rat laughter is not like that of humans: they make high-frequency ultrasound signals.

Scientists found that dogs have their own kind of laughter — a harsh breath at the start of a moment of play. When a dog hears this sound, it starts to play with the source of the sound — another dog or a person with a record of “laughter.”

These signals have a comforting effect on animals because they only use them in a friendly context.

Dolphins are some of the smartest animals on our planet. They show social and intellectual abilities, using a lot of sounds for communication. Scientists found that during play fights, dolphins make a specific sound that might play the same role as human laughter. During games and entertainment, such whistles show that the games are safe and are not used in real fights.

Kea parrots have a special kind of call that, like human laughter, shows a playful mood. Scientists say that the birds hearing this sound start playing with other birds or find a different kind of entertainment.
The sound makes other parrots playful, impacting their emotions, which is similar to contagious laughter in humans.

Elephants love playing and have a good sense of humor, different in males and females. They often have fun playing with different objects and using them as toys. They use bones, rocks, plants, and sticks. During such games, elephants make different sounds, showing their playful mood.

The name “laughing kookaburra” was given to these birds thanks to the sounds that are like maniac laughter they use to mark their territory. You can hear the laughter at any time of the day, often at dawn and when it gets dark. However, the kookaburra laughter doesn’t have any emotional context like human laughter.

✅ You can hear a kookaburra laughing, here.