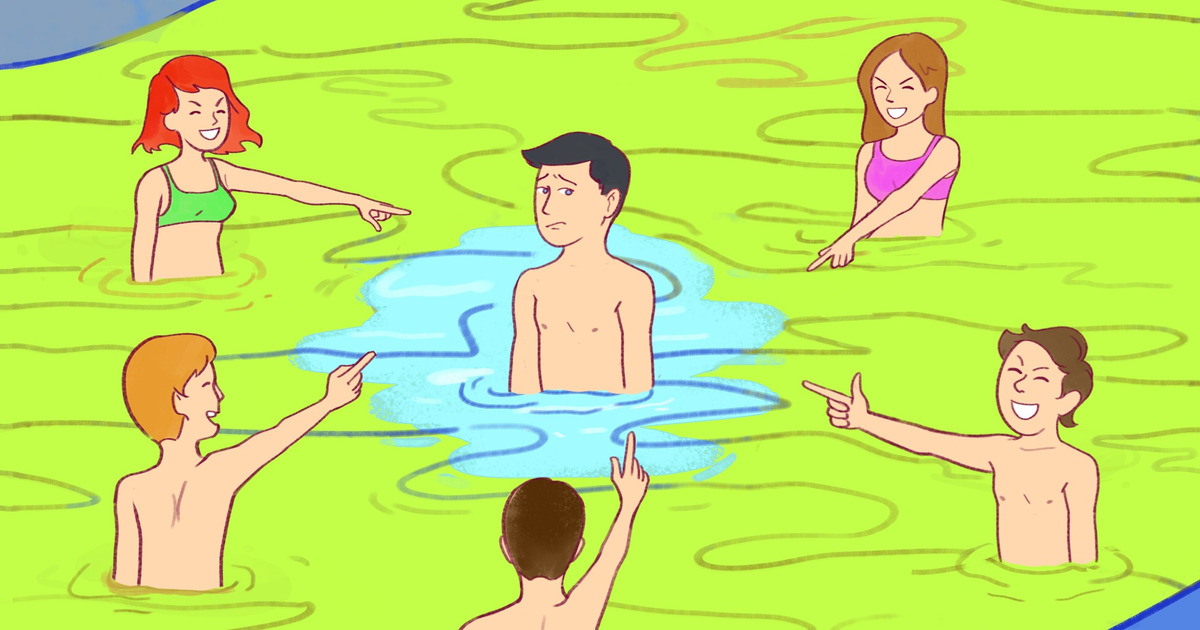 You don’t need to be exceptionally discerning to notice that after talking to some people, your mood goes down, you start to feel tired, and a lot of bad thoughts enter your mind. These situations can repeat many times, sucking the energy out of you each time.

5-Minute Crafts is going to explain to you why we feel unbearable next to some people and tell you about the different types of toxic people.

It might seem that the life of these people consists of eternal failures and bad luck. They are always worried about something, perplexed, or disappointed. Staying in a sad and pessimistic mood, they oftentimes draw other people into their negative dialogue, as if transferring their sadness onto others.

In fact, this type of behavior can be called emotional vampirism because the complainers start to feel less unhappy and lonely after these conversations. Victims, in their turn, lose their emotional resources for listening and end up living through other people’s problems.

Enviers are sure that the grass is always greener behind other people’s fences, as well as, the sun is brighter, the sky is clearer, and the birds chirp nicer. The feeling of dissatisfaction with themselves and their own life is so strong that they constantly transmit it to those around them through sad compliments, condemnation, criticism, or gossip.

With their actions, sad enviers make other people empathize with them and feel responsible for others’ failures and bad luck. Criticizing enviers are just as toxic — all their manipulations are directed at making those around them (as well as simple enviers) feel dissatisfied with their lives, their inferiority, their lack of coolness, and, in general, how bad life around them is.

There are people who always expect to get support from others while not being able to solve issues themselves. Their life is full of eternal problems that are seemingly impossible to overcome alone. They could be experiencing difficult relationships, be financially unstable, work at a job they hate, or keep asking for help from others. Using subtle manipulation, these people are able to assure anyone that they are the only ones that can make their life a lot easier. Lending money, preparing a presentation for an upcoming conference, walking the dog — everything is fair game. The special feature of having a relationship with a consumer is a “one-sided friendship” — this type of person will constantly keep asking for your help but will never be ready to help you in return.

These people always know how to do things better and give unsolicited advice every chance they get. You may not be asking for it or you may not agree with it — but that doesn’t change anything, they will continue to keep teaching you how to live your life.
“Judges” don’t have a clue about people’s personal boundaries that’s why they break them so easily, dictating their own rules. They can be aggressive and persistent, assuring you of their rightness and making you change your opinion in their favor. Other people around them can easily doubt themselves and feel stupid.

The tank never takes into account other people’s feelings. They always make sure to show off their seemingly higher position. These people believe they are better than others and very rarely see their peers as equals. The arrogance of “tanks” and their constant desire to put themselves first can both annoy those around them and affect their self-esteem and self-respect.

It seems that some people get so carried away with themselves that they are ready to tell the whole world about it. Even if you are not asking, they will tell you the details of their life and won’t let you interject a single word into their monologue. They won’t be asking you questions or be expecting to get your reaction to their words simply because they don’t care — conversational narcissists are focused on themselves only. It’s not surprising that ordinary people get tired of these one-sided conversations and even start to feel insignificant.

Almost every person in this world has used lies for one reason or another. It can be done to achieve a certain result, for complacency, or for some other reason. Lying, hiding the truth, and exaggeration are often part of our everyday lives until the moment they become a habit. There are people who constantly lie to themselves and others, not even thinking about the consequences. They believe in their lies and broadcast them to others freely.

It’s quite hard to communicate with liars because one has to always doubt and stay alert. After all, you never know what to believe and what not to believe.

“Geniuses” are always waiting for attention and are too sensitive for criticism. They can make the people they talk to feel miserable if they dare to express an opinion that the “genius” won’t like.

Please note: This article was updated in June 2022 to correct source material and factual inaccuracies.
--21
5-Minute Crafts/Psychology/8 Types of Toxic People That You Should Avoid at All Costs
Share This Article