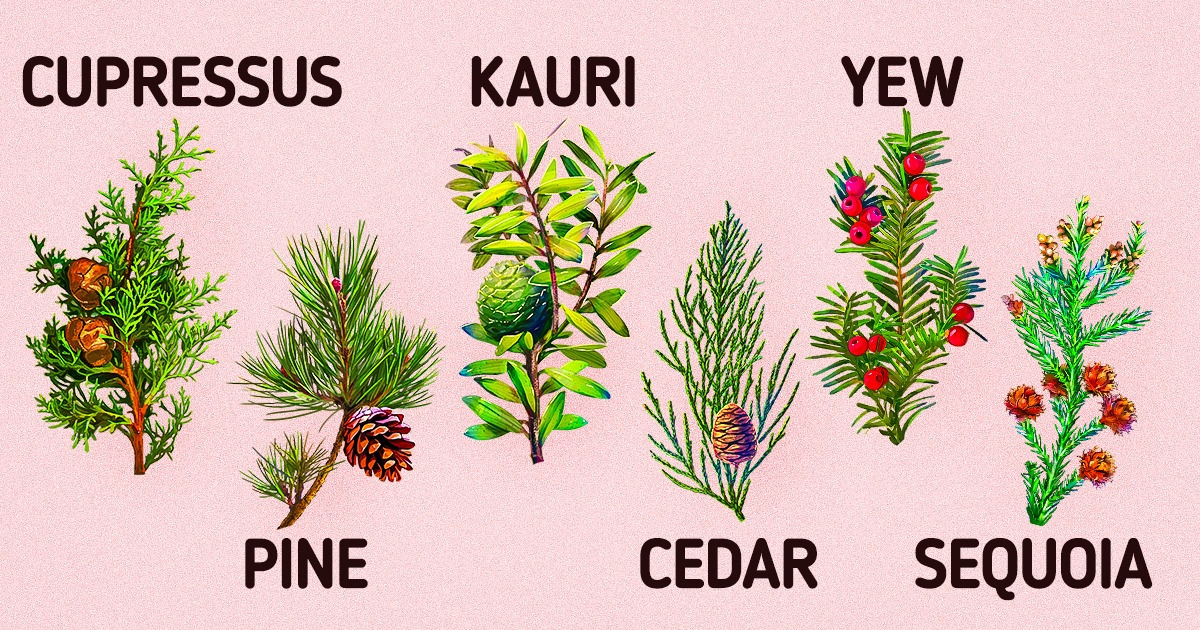 The Types of Conifers There Are

We know that conifers are plants with cones on them. But, of course, spruce and pine are not the only trees in the group, and there are many more kinds. For example, the tallest tree in the world, the Hyperion, is also a conifer.

5-Minute Crafts is going to tell you about different conifers — some of them you already know, and others just may surprise you.

Conifers are a group of plants that have cone-bearing pines. Most of them are trees but some are shrubs. Instead of leaves, most of them have needles that don’t fall off in winter, but there are exceptions. Conifers are spread around the entire world but mostly in the Northern Hemisphere. Coniferous woods are huge storers of CO2 and they are used for the production of paper and lumber.

There are more than 600 kinds of conifers. Of course, we can’t fit all of them in a single article, which is why we’re only going to talk about some of them — the most popular and interesting ones.