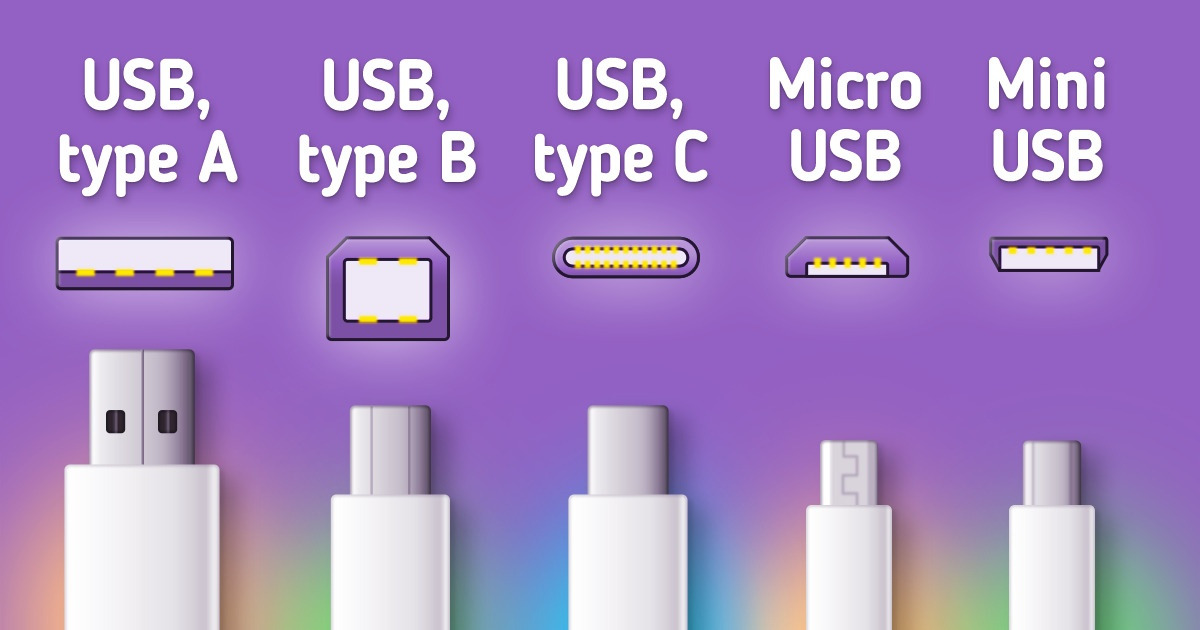 A Guide on the Most Frequently Used Types of Connectors

If it’s hard for you to figure out which wires should be connected to what, this article is for you. We will talk about the most common types of connectors and the devices in which they are used.

5-Minute Crafts is telling you how USB, audio, video, and even Apple connectors are different.

USB is a standard protocol for connectors for data transfer. Most often, its ports can be found in smartphones, computers and other peripheral devices. The standard USB always consists of VCC, GND, DIN, and DOUT ports. It typically operates with a voltage range of 5V. USB cables can be identified by the connector at both ends. Here are the most common ones:

Audio and video connectors are electrical and optical slits for transferring audio and video signals. The physical characteristics of electrical or optical equipment include the necessary types and number of wires, voltages, frequencies, optical power, and the physical design of the connectors.

Let’s look closer at some types of connectors: