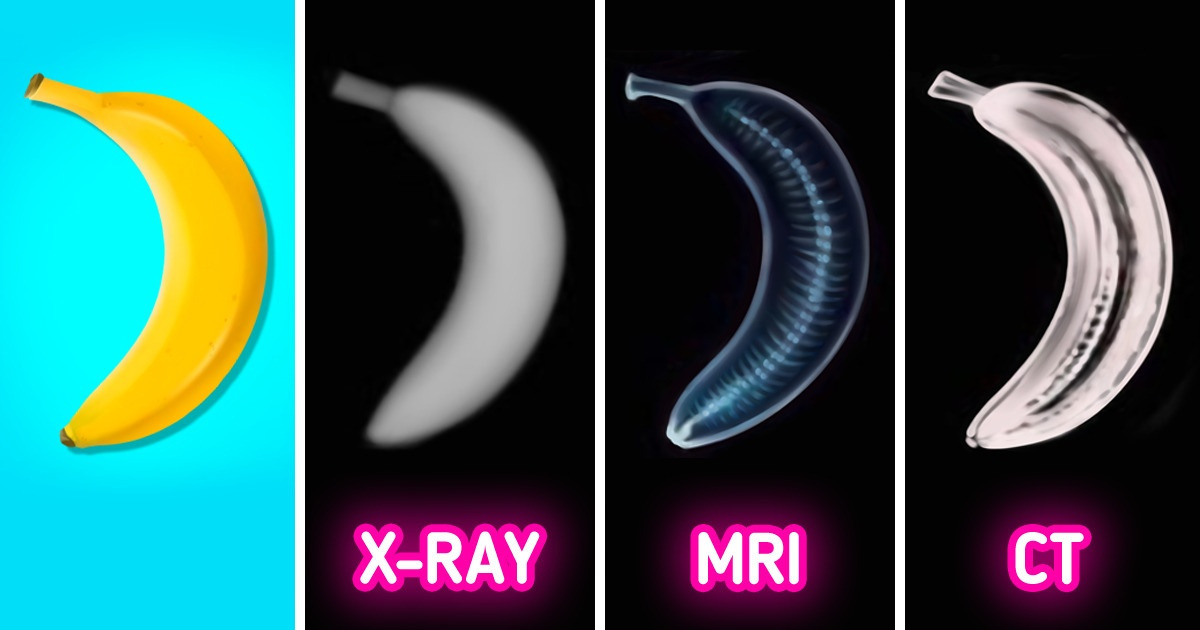 What the Difference Between an X-Ray, MRI, and CT Scan Is

Sometimes it’s quite hard to memorize the names of different medical procedures, especially the ones that we don’t understand completely. But it’s enough to figure out what each of them does to stop mixing them up once and for all.

In this article, 5-Minute Crafts is going to tell you what the differences between X-rays, CT scans, and MRI are.

Radiography is a term that covers studies that require the visualization of the internal parts of the body with the help of X-ray techniques. In other words, X-ray examinations create images of internal organs or bones for medical diagnosis.

A special device emits a small amount of ionizing radiation, which passes through the body and is captured by a special gadget. That’s how an X-ray image appears. The dose of radiation depends on the examined area. Small areas, such as the arms, for example, get a smaller dose than bigger areas, such as the spine. On average, the dose of radiation doesn’t exceed the amount you get from the environment within one week.

The calcium that our bones contain blocks radiation, which is why healthy bones look either white or gray in images. Due to the fact that radiation easily passes through the air, healthy lungs always look black.

CT (or CAT) scan is a series of X-ray images made around the body from different angles. CT uses computer processing to create cross-sectional images (slices) of inner organs. CT gives more detailed information than a usual X-ray.

While X-rays are used to create a 2-dimensional image, CT rotates the X-ray source 360° around the object being examined. This produces a whole series of images from different angles. Respectively, the amount of radiation emitted from it is higher. The data obtained provide a detailed 3D analysis of the viscera.

Magnetic resonance imaging (MRI) is a way of examination where, unlike X-rays or CT scans, magnetic fields and radio waves (not radiation) are used.

The MRI device creates a powerful magnetic field. Thanks to this, the protons in the human body line up in accordance with this field. The scanner then emits a pulse of radio waves, which knocks the protons out of the line. When the protons return to their original position, they release energy called a signal. These signals are recorded, analyzed, and used to create detailed images of the inner parts of the body.

To summarize, all 3 methods (radiography, CT and MRI) let us peek inside the body to get the “picture” of the bones, organs, muscles, etc. With their help, a doctor can determine whether there are any malfunctions in the body or not. Radiography and CT use a small dose of ionizing radiation, while MRI uses powerful magnets and radio waves instead of radiation.