How to Be a Good Dancer 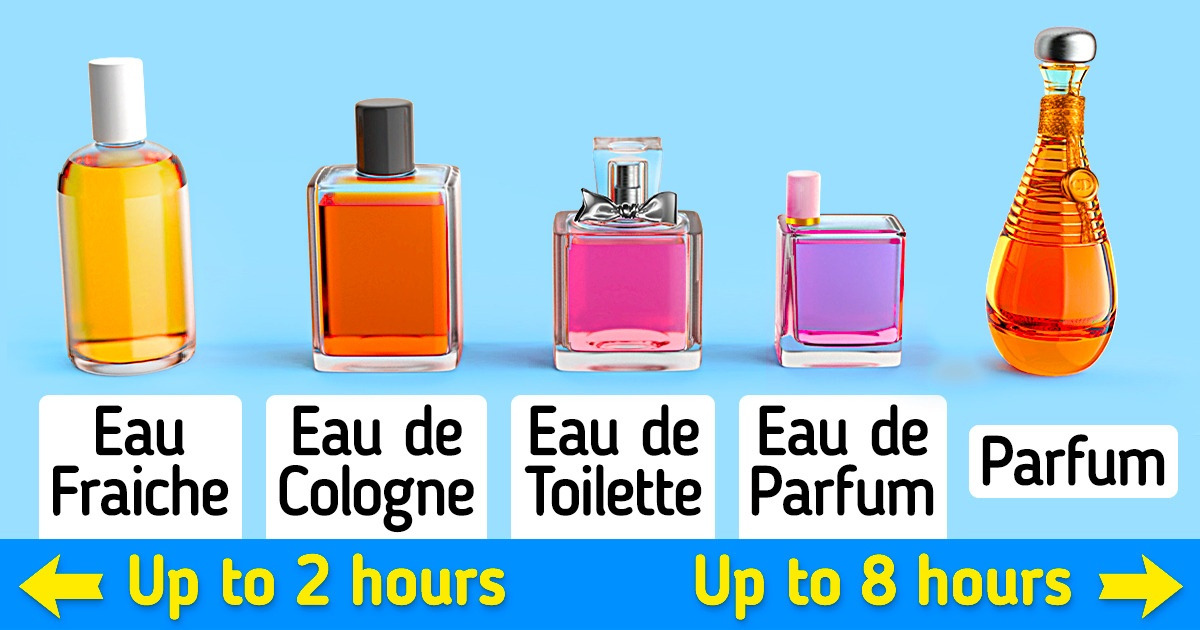 A Guide to Different Types of Fragrances

5-Minute Crafts figured out the main differences between the types of perfumes and prepared a cheat sheet that will help you navigate through them easier.

Parfum has the highest fragrance concentration in the perfumery world, which is 20-30% on average. That’s the reason why its smell lasts the longest (6-8 hours) and its price is the highest.

Eau de Parfum takes second place: the fragrance concentration is 15-20%. Its smell lasts for about 4-5 hours on average and as a rule, this type of perfume is cheaper than pure perfume.

The fragrance concentration in Eau de Toilette is 5-15%. It’s cheaper than Eau de Parfum and is considered one of the most popular and available types of perfumery. Its aroma usually lasts for 2-3 hours.

Eau de Cologne has a much lower fragrance concentration than the previous types of perfumery. Usually, it is 2-4%, while the rest is alcohol. For this reason, Eau de Cologne is much cheaper and its aroma lasts no more than 2 hours.

Eau Fraiche is similar to Eau de Cologne because its aroma lasts for up to 2 hours. However, the fragrance concentration in it is even lower — 1-3%. Despite that, Eau Fraiche doesn’t contain much alcohol and mainly consists of water.

Decide how strong the scent should be, depending on your preference or situation. Keep in mind that the higher the concentration of fragrance is the more durable and saturated the smell will be.

For example, Eau de Toilette is considered a perfect choice for everyday use. Its smell is less intense, it evaporates from the skin after several hours. Moreover, it’s the top notes that are dominant in it.

The smell of Eau de Parfum or Parfum lasts longer. That’s why, apart from top notes, there is enough time for the middle notes to unfold as well. This saturation makes Eau de Parfum and Parfum a perfect choice for an evening perfume.