How a Dog Sled Works

The Differences Between a Tornado, Twister, Hurricane, and Typhoon

The Ideal Temperature and Humidity Level for Your Home 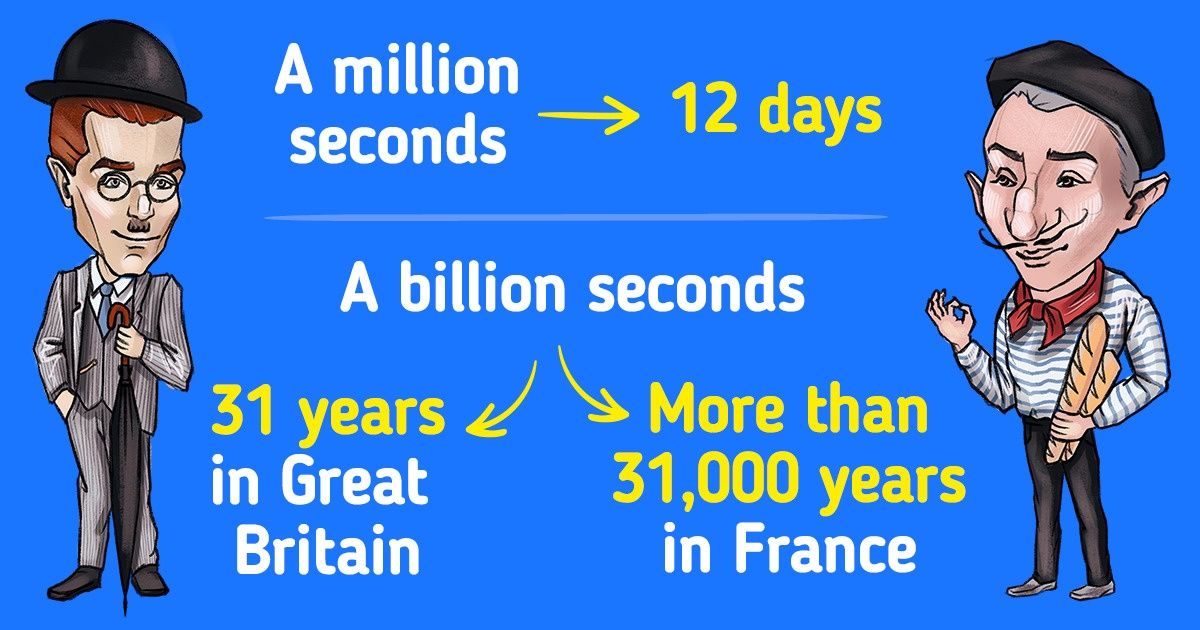 5-Minute Crafts is going to remind you what to call big numbers and why it’s different for different countries.

What big numbers are called

For many people, it’s easy to imagine 1 billion. It might seem that the difference between 1 million and 1 billion is not that big. But look at these numbers from a different angle to change your point of view. For example:

It’s much harder to imagine and name numbers that are more than a billion. It’s also easy to make a mistake when you realize that the same numbers are called different things in different languages because most countries use 2 similar systems for naming big numbers.

One of the systems is called the short scale.

The names of the numbers are formed this way:

The other system is called the long scale. The names are formed this way:

A lot depends on the system we use. For example, 6 sextillion in the short scale is 6,000 trillion or 6 trilliard in the long scale.

So, the same names can mean different numbers depending on the scale:

If you see a number in a book, you have to consider when it was released if it’s from Great Britain. The thing is, before 1974, Great Britain used the long scale but then they switched to the short scale. This is why some films or movies released before 1974 might be translated incorrectly.

So, a million seconds is almost 12 days in both Britain and France but a billion seconds in Britain is 31 years, and in France, it’s over 31,000 years.