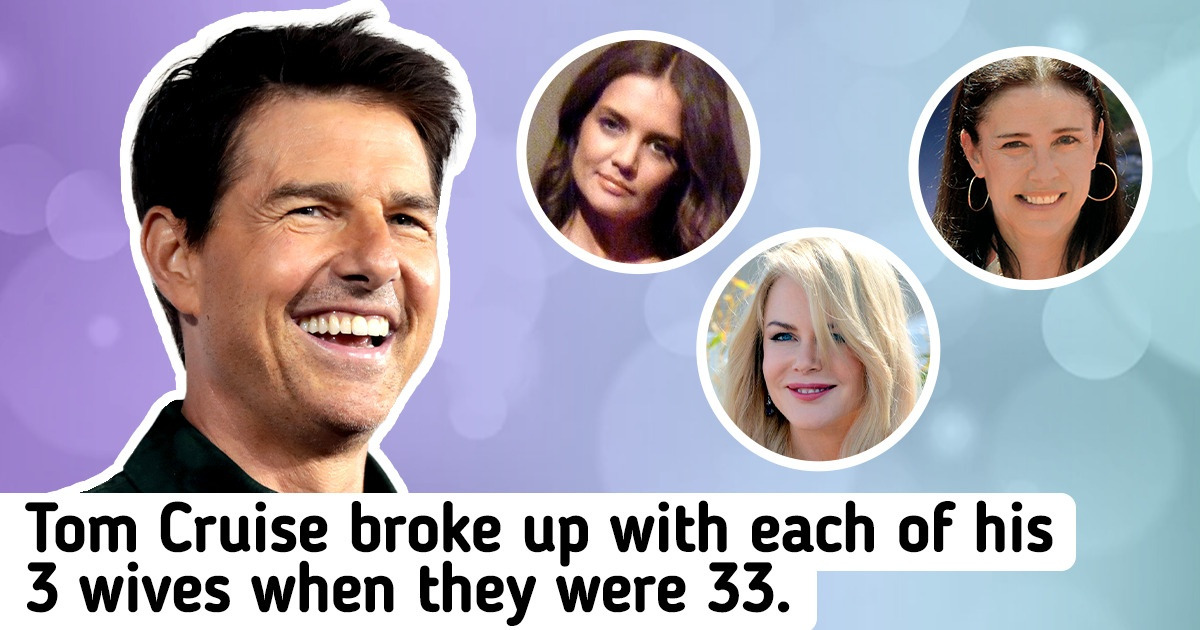 History knows many brilliant scientists, artists, and other personalities who influenced the world. We learn about some of them at school, others become our idols, and some even inspire us to do something meaningful. We know their story and why their contribution was essential to the modern world. However, in many famous people’s lives, some facts remain unknown to the general public.

5-Minute Crafts has collected some interesting facts about different famous people so you can learn a little more about them.

Albert Einstein did not wear socks and was very proud of it. In one of his letters to his friend, photographer Philippe Halsman, he explained it this way:

“When I was young,” he said, “I found out that the big toe always ends up making a hole in a sock. So I stopped wearing socks.”

It’s not the habit itself that deserves special attention, but how the scientist came to it. The secret lies in the little word, “so.” Einstein’s decision to never wear socks again was undoubtedly influenced by the question, “What if I stop wearing socks?” The ability to ask himself questions helped Einstein solve the problem of constantly torn socks and abandoning them altogether.

“The important thing is not to stop questioning. Curiosity has its own reason for existence.” — Albert Einstein

The great Spanish artist’s pet was an ocelot named Babu, whom he adopted in the 1960s. Salvador Dali took it with him everywhere, even to restaurants. Another pet of the artist was a tame anteater, with whom Dali walked the streets of Paris.

Victor Hugo often wrote without clothes. It was a kind of challenge to himself: Hugo ordered a servant to take away his clothes in order to eliminate any temptation to leave the house and be distracted from work. Voluntary confinement ended only after he wrote at least something.

Stephen Hawking has written 5 children’s books with his daughter, Lucy. These books combine science with adventure. All the books are dedicated to a boy named George who travels the universe and learns more about it.

Christopher Columbus never tried to prove that the Earth is round. In fact, the ancient Greeks had already done this before him. Pythagoras suggested that the Earth was round as early as the sixth century BCE. 2 centuries later, Aristotle supported him with astronomical observations. In 1492, most educated people knew that the planet was not flat.

Another important fact about Columbus is that he was sure, until the end of his life, that he had found the East Indies.

Agatha Christie secretly dreamed of becoming an opera singer. However, her dream was shattered when, one day, a friend of a friend of hers who was associated with the Metropolitan Opera in New York came to hear her sing. In the end, he said that she could make a good concert singer, but her voice would never be strong enough for opera.

Walt Disney is the owner of the most Oscar statuettes (22) and nominations (59). He received his first statuette in 1932 in the category “Best Animated Short” for Flowers and Trees at the fifth Academy Award ceremony. Disney won in the same category for the next 7 years. He also received Oscars for films such as Snow White and the Seven Dwarfs and Fantasia.

The master of horror was a big joker. Alfred Hitchcock pulled absurd and sometimes violent pranks on film sets and in his personal life. One day, he hosted a dinner party where all the dishes were dyed blue with a special dye. Another bad joke was an argument with one of the team members. Hitchcock bet that the man couldn’t spend the whole night in handcuffs. The team member agreed but later discovered that the director had slipped him laxatives before handcuffing him.

The Travels of Marco Polo was not written by Polo. The book was written by Rustichello of Pisa in the thirteenth century. The writer wrote down the stories that Polo told him about his adventures and travels. The manuscript was originally called Il Milione (The Million) and was published in Latin, Italian, and French. The earliest copies of the travel notes had some inaccuracies. This is due to the fact that, until 1439, there was no printing press, so all books were written by hand and could easily contain inaccuracies and errors.

Bob Ross’ famous hairstyle was a perm. The painter permed his hair to save money early on in his career. Ross originally offered classes at malls, but they didn’t get many students. Then the artist got a perm in order to cut his hair less often. There is one opinion that Ross couldn’t stand this hairstyle. However, he had to keep it this way because it was how he was portrayed on Bob Ross, Inc. products.

The Brothers Grimm were not the original authors of many of their famous fairy tales. In fact, these stories existed long before the birth of the brothers. Many of their tales were part of folklore that was passed down from generation to generation. With the advent of industrialization, Jacob and Wilhelm began to collect and write down all kinds of stories in order to save them from extinction. Eventually, in 1812, the Brothers Grimm published the stories as part of the Nursery and Household Tales, which are known today as the Grimm Tales.

Some people assume that Shakespeare is not the author of his famous works. They believe that a commoner who never went to college or traveled outside of Stratford could not have been one of the most prolific, worldly, and eloquent writers in history. Theorists speculate that one or more of the authors used the identity of William Shakespeare as a front. Although most literary historians are skeptical of this theory, they do suspect that Shakespeare may have collaborated with other playwrights.

Charlie Chaplin played the same character in almost all of his films. One day, before filming his second film, Chaplin put on a false mustache, some baggy pants, a tight coat, large shoes, a small bowler hat, and grabbed a bamboo cane. The image of the Little Tramp immediately became so popular that the imitation of this image received a separate name, “Chaplinitis.” For the next 2 and a half decades, this image became Chaplin’s main screen character.

Bonus: Tom Cruise broke up with each of his 3 wives when they were 33.

Tom Cruise has been married 3 times, but each of his marriages ended up in divorce. His ex-wives Mimi Rogers, Nicole Kidman, and Katie Holmes were born in 1956, 1967, and 1978, respectively. By pure coincidence, each of the actor’s wives turned 33 when they separated from him.