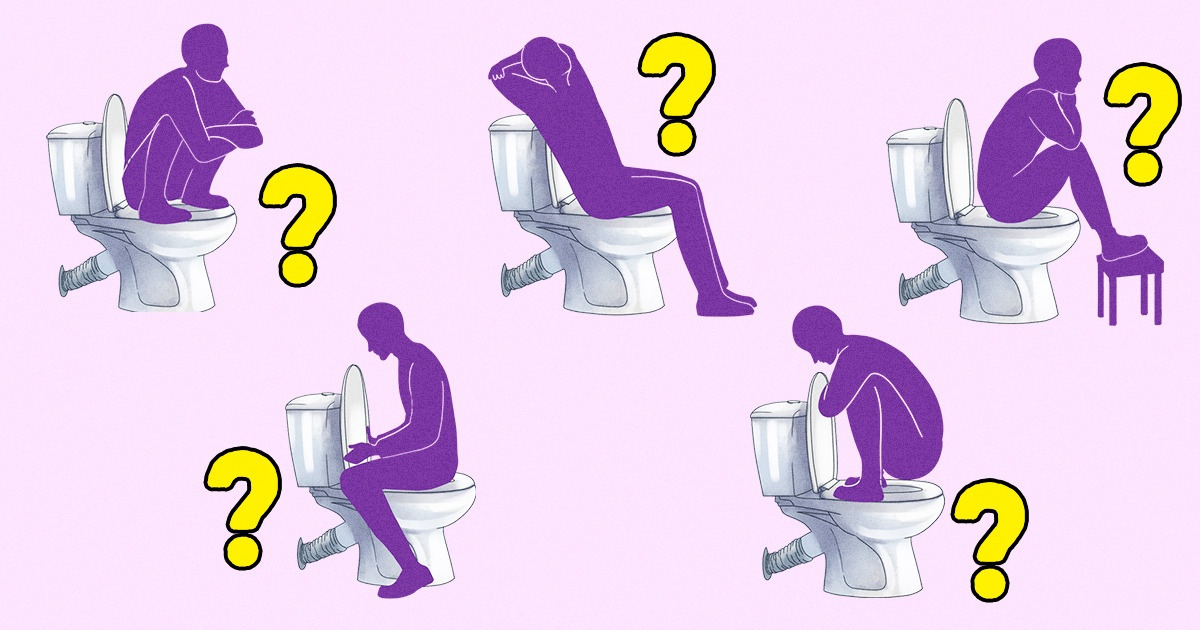 How to Sit on a Toilet Properly

Studies say that the way we sit on a toilet affects our health. So, it’s very important to sit on it properly.

5-Minute Crafts would like to tell you about how you should be sitting on a toilet, and how not to do it.

According to studies, the squatting position is one of the best. With your knees bent, the rectoanal canal becomes straight. This way, the body will strain less to defecate.

Sitting on a toilet with your feet on the floor

Studies show that the sitting position makes bowel emptying much more difficult than the squatting position. With insufficient leg flexion, the rectoanal canal won’t be straight enough, and it will require more effort from you to defecate.

Sitting on a toilet with your feet on a footstool

The position where your feet are on a footstool and your knees are higher than your hips is considered favorable. However, experts recommend not just paying attention to the position of your legs. In addition to using a footstool, it’s recommended that you keep your back straight, lean forward slightly with your elbows on your knees, and relax your stomach.

Sitting with your face to the tank

This position is not the best choice for several reasons. First, the angle of your hips with respect to the rest of the body is not sufficient for normal defecation. Second, it doesn’t let you lean forward, as experts recommend. And third, when sitting with your face to the tank, you are less likely to relax.

Squatting with your face to the tank

You can try many bizarre positions when it comes to sitting on a toilet, including squatting while holding on to the tank. The effect will be the same as with ordinary squatting. But it’s up to you to decide which position you feel more comfortable in.