A Guide to Types of Legumes 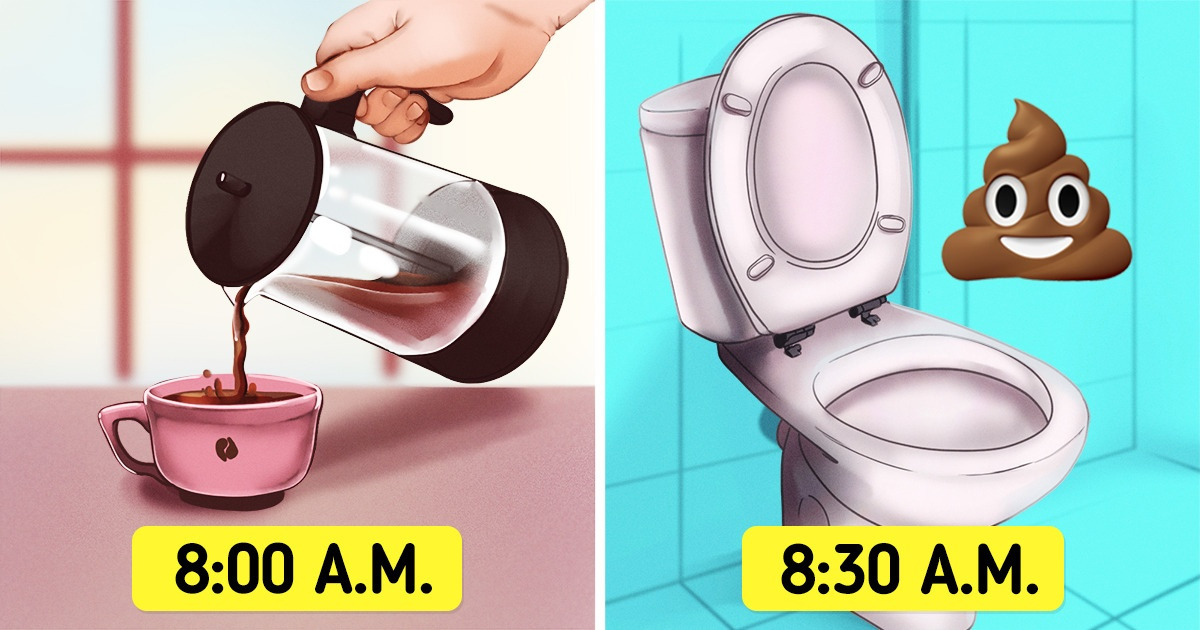 Why We Want to Poop After Drinking Coffee

Many people start to feel an urge to visit the bathroom after drinking a cup of coffee. For this reason, some people consider this drink to be a good laxative. Scientists who tried to find out how coffee affects the colon failed to come up with just one conclusion. Still, they’ve produced several theories.

5-Minute Crafts invites you to get familiar with several known facts that explain what may happen to our bodies after drinking coffee and whether or not there’s something we can do about it.

Who usually gets such a reaction

According to some research, almost one-third of people feel an urge to empty their colon right after they drink coffee. Most often, this urge appears in women. And more research found that about 30 minutes pass from the time a person drinks a cup of coffee to when they feel an urge to visit the bathroom.

What happens in the body

Recent research helped scientists find out that drinking coffee can lead to an increase in gastric acid secretion and intestinal motor activity.

It can also be connected to the reaction that takes place in the intestines, as coffee can trigger the production of cholecystokinin and gastrin, which regulate digestion. Cholecystokinin activates the production of food enzymes and bile, which help speed up the digestion of food. Gastrin contributes to more active intestinal motility, relaxation, and the contraction of muscles that push out food debris.

And while some people believe that this effect is due to the presence of caffeine, scientists managed to find out that coffee without caffeine can also cause a similar effect, though it tends to be a bit weaker. Soda with caffeine, in its turn, doesn’t cause the same urge.

Additionally, it’s important to take other factors into consideration. For example, the presence of milk or cream in a cup of coffee can cause diarrhea in a person sensitive to lactose, which can become a reason for stomach disorders in this case.

An important note: Coffee is not recommended for people who have diseases that increase the risk of diarrhea.